The Traffic Operations team is comprised of five County employees within the Highway Division.  Staff is dedicated to the tasks of maintaining thousands of roadway signs, hundreds of traffic count locations, dozens of traffic signal/sign beacons and five signalized intersections.  This work group also performs numerous other traffic-related tasks to better improve our local transportation network of roadways.  Our Jefferson County Public Works Traffic Safety Improvements Program Summary (PDF) is a great place to start learning about our commitment towards improving traffic safety on the County Road System. 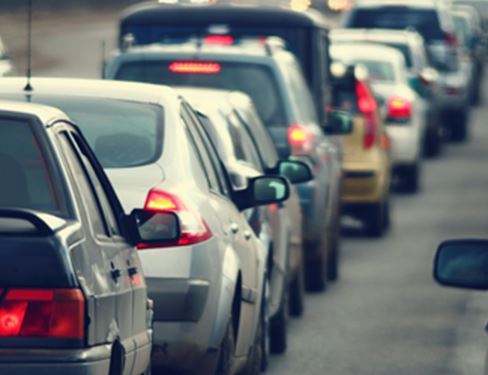 The Jefferson County Department of Public Works has a Private Street Signing Program (PDF) in which residents on private roads that intersect a County-maintained road (PDF) may pay a one-time fee to have a “Stop” sign, and/or street name sign erected at the intersection.

The Jefferson County Department of Public Works has purchased speed feedback radar signs. The purpose of these signs is to have the ability to use them in areas where we have just finished road construction or in areas where we have ongoing speed concerns. These signs act as temporary traffic control devices to alert drivers to their speed and have the capabilities to store the speed data that we can use in our studies.

Currently we have Speed Feedback Radar Signs on Old State Route 21, north of the Shady Valley interchange and on Dillon Road, west of the Hillsboro Valley Park intersection.

Semi-annually, the Jefferson County Department of Public Works makes requests to the County Council to make changes to our current Traffic Code. This Code is what the Missouri State Highway Patrol and /or the Office of the Jefferson County Sheriff  uses to aid in enforcement of traffic control measures such as “Speed Limit” and “Stop” signs as well as other regulatory signs within private subdivisions or on publicly maintained roadways. These changes usually take place in the spring and fall.

When a serious or fatal crash occurs on a Jefferson County-maintained road (PDF) , our team investigates these crashes in order to determine if there are countermeasures that can be initiated at the location to prevent future traffic crashes.

Ninety-four percent of crashes are caused by some form of human error including distracted driving.   Currently, Missouri has a “no texting’ law for drivers under 21 years old but nothing for drivers older than that.   Texting increases the risk of a car crash by 50%.   Sending or receiving a text takes a driver’s eyes from the road for nearly five seconds.  At 55 mph, that is the same as driving the length of an entire football field blindfolded.  So far, in 2022, there have been 926 fatalities in the state of Missouri.  59% of those were not wearing seat belts.

In 2017, MoDOT introduced the “Buckle Up Phone Down” campaign. The campaign is as simple as it’s four-word title. MoDOT has challenged Missouri motorists and businesses to pledge to use seatbelts on any vehicle in motion on Missouri roads while setting their phones aside for a less distracting time to talk or text. Will you Accept the challenge?

Periodically, the Jefferson County Department of Public Works is approached by a council member to perform a traffic study on specific County-maintained road (PDF)  where there may appear to be a traffic concern. Additionally, the department initiates our own studies at locations where we have traffic concerns. These studies are used to determine if our signage is adequate, as well as if there are any other safety concerns that we need to address.

If you believe that your County-maintained road (PDF)  needs to have a traffic study completed, it must be requested through your Jefferson County Council member.