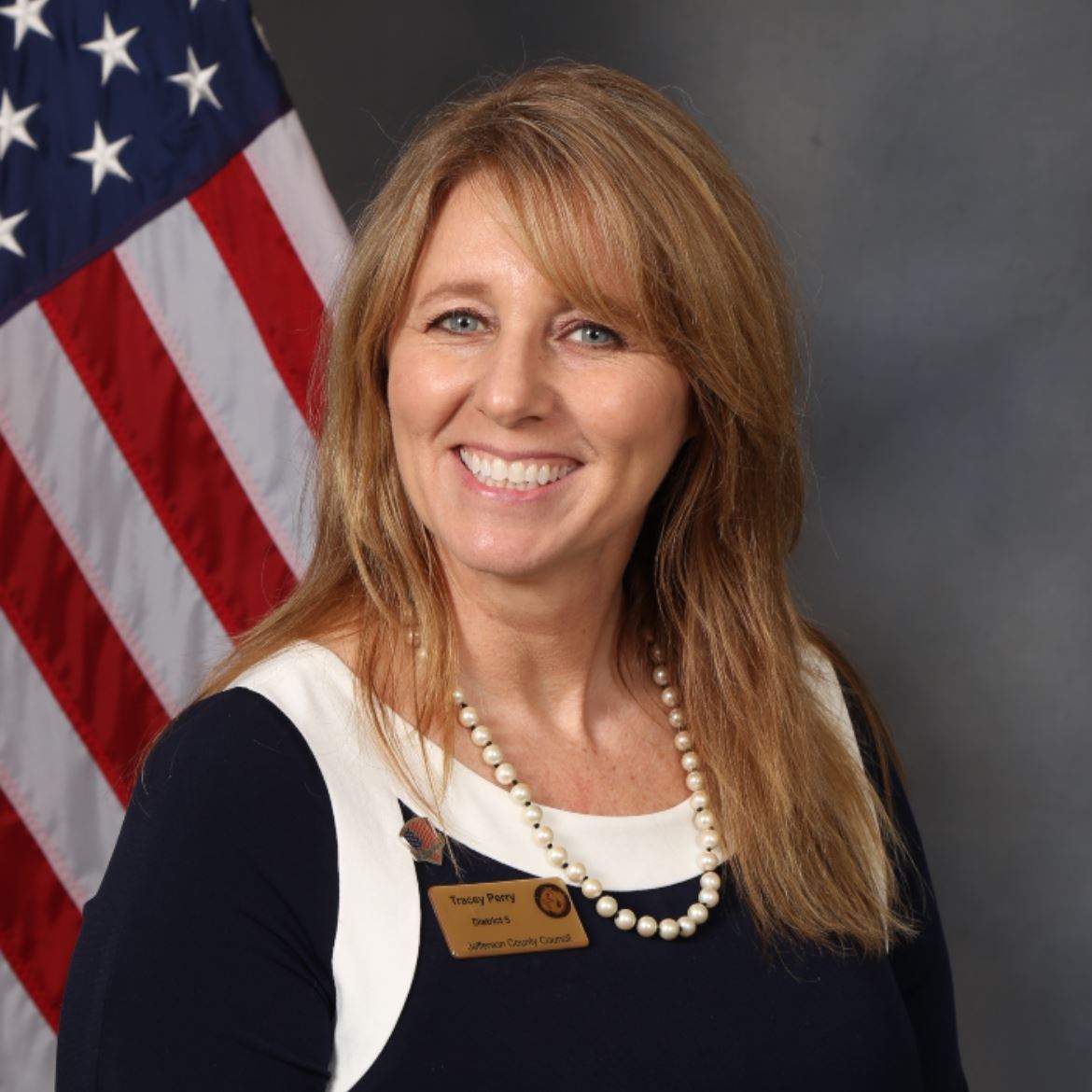 When not working hard for the residents of Jefferson County, Tracey works hard for the residents of a Festus area nursing home as the Director of Social Services. She is now a professional social worker who retired from the United States Army after a 22-year career, where she advanced from the rank of Private to Major. She served as a logistics officer, Commander, officer in charge of an Emergency Operation Center during time of conflict as well as many other assignments. She holds a Master’s Degree in Human Resource Management, a Bachelor’s Degree in social work and an Associate’s Degree in Liberal Arts. She is also a graduate of the Army’s Command and General Staff College.

Additionally, Tracey was previously elected to the Jefferson R7 Board of Education, where she was instrumental in establishing a new youth services model that matches community services to children’s needs earlier in the process, keeping kids out of court and in school. Tracey was one of the founding governing board members for project COPE, with Jefferson county JCCP, a grant-funded program designed to prevent child abuse. Also, she was a certified child abuse protective investigator and Foster Care supervisor, a certified foster parent in the state of Florida, is currently certified in dementia mapping and has earned numerous CEUs surrounding the topics of elderly care and aging. Other professional memberships include Missouri Officer Association of America, and the Eastern Missouri Conservative Club (EMCC).

She was previously a cub scout den leader and is currently active with the Jefferson County YMCA, an active member of multiple social, professional and civic organizations, including the National Rifle Association and the Festus/Crystal City Rotary Club. Additionally, she is a volunteer for the Mastodon Science and Art Fair, a Jefferson Boosters member, and educational site supervisor for area colleges.

Tracey’s priorities as a Councilwoman are promoting a healthy business environment for the County, continuing strong financial responsibility, promoting health and social well-being and establishing a culture of trust, collaboration and congeniality on the Council, with the Executive Branch and with the citizens of Jefferson County.

Tracey is married to Kevin Perry and they have two children, Ashley Perry Manns, wife of Jarrett Manns, and Brandon, a student at Missouri Baptist University.